BOCA RATON – As the District, along with the country as a whole, eagerly emerges from COVID-19 pandemic restrictions, its Commissioners are motivated to move the Boca National Golf Course project forward.

In January, shortly before the pandemic's onset, District commissioners voted to submit the Price/Fazio golf course design to the Boca Raton City Council for approval.

With the City Council and staff dedicated to and focused on keeping residents safe during the pandemic, Commissioners have been working to ensure that parks and facilities continue to provide the recreation benefits needed now more than ever. That includes furthering the Boca National project.

Earlier this month the District voted unanimously to issue a Request For Proposal to beautify the intersection of Clint Moore Rd. and Second Ave., an area at the heart of the project. That small step offers a preview of the exciting changes coming to the oft overlooked north end of Boca Raton.

Upon completion of Boca National, the Boca Raton community will have a unique Nick Price-designed 18-hole course, a short course, a driving range, a putting course and a clubhouse.

How did the District bring the project this far this fast?

Founded in 1974, the Greater Boca Raton Beach and Park District's mission is to purchase and preserve green space for the recreational use of the Boca Raton community. In 1987, for example, the District purchased 132 acres of property for less than $16 million and turned it into what is now Sugar Sand Park, the flagship of Boca Raton’s recreation amenities.

Viewing Haynie's request as being inline with the District mission, Commissioners complied and in 2017 purchased the land for $24 million – or about $113.000 per acre.  The Boca Raton City Council approved the District's purchase of the now-Boca National property by a 4-1 vote.

The plan to build a new golf course in the heart of well known Boca Raton drew national excitement, motivating 17 design companies to bid for the project. All 17 made public presentations. Aided by significant input from the community, District commissioners selected designers Price/Fazio in June of 2018.

Intent on keeping the community involved in the process, District Commissioners proceeded to hold a half-dozen public meetings, with Price/Fazio representatives present, during which residents offered their visions for the course. Those valuable comments provided Price/Fazio with an understanding of the community's needs and desires.

Less than one year later, Price/Fazio presented a design with a $24 million price tag. District Commissioners again listened to the community and reduced the scope of the project to $14 million, ensuring a fiscally responsible project that satisfies the needs of golfers and residents alike.

Intent on aligning the opening of Boca National as closely as possible with the sale of the Municipal Course, District Commissioners met with City officials numerous times seeking timely approval for the project.

Commissioners waited patiently while City officials sought external input from their own Request For Information process. When the District's negotiations with the City stalled District Commissioners acted decisively, voting unanimously in January to proceed without the financial help of the City,

January's unanimous commission vote to send the design to the City for approval was met with a standing ovation from the packed conference hall. When the Council grants design approval, Commissioners will enthusiastically begin moving the project through the City’s permitting department and get shovels in the ground. 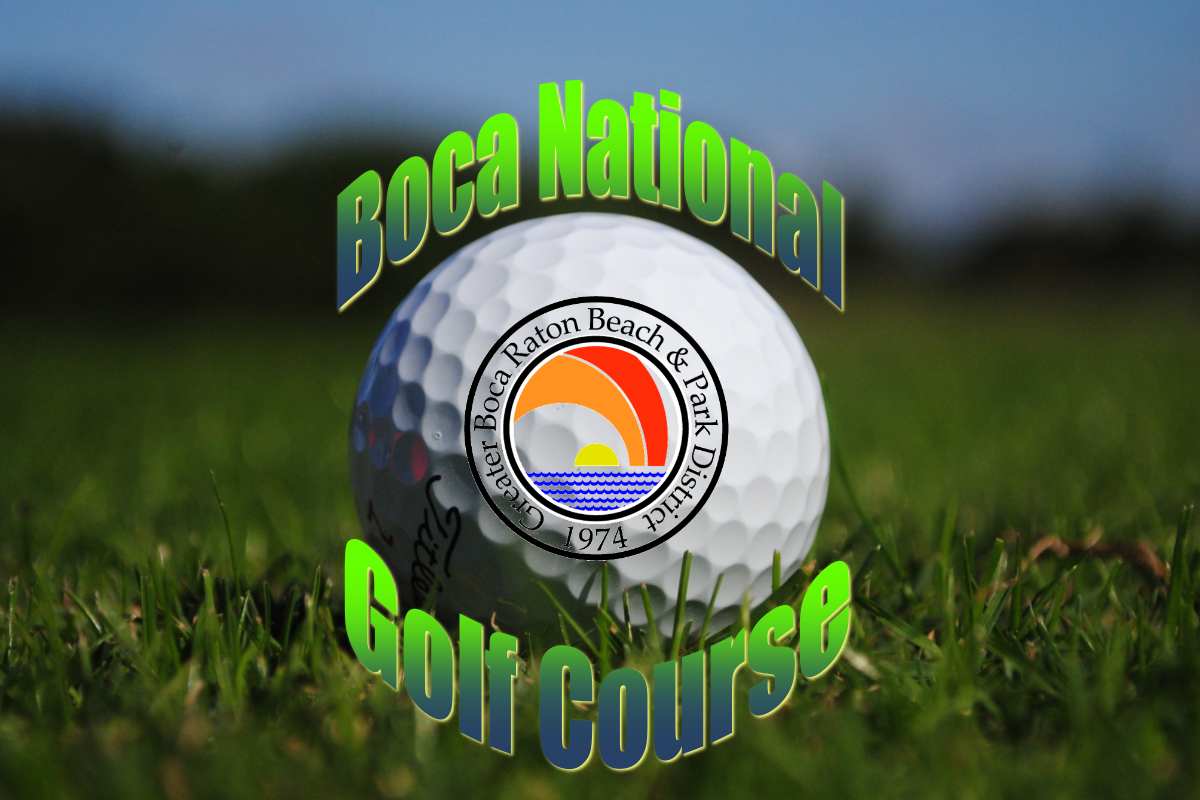