District commissioners voted unanimously to dedicate $75,000 to begin the conversion of the Ocean Strand property, located on A1A and stretching from the intracoastal waterway to the beach, into a passive public park.

“We can't wait to get started on Ocean Strand,” Commission Chair Susan Vogelgesang said. “Community input will be paramount.”

Initial development will include clearing of the land, installation of benches, and the creation of walking trails. Eventually the project could include kayak launches and restroom facilities.

The initial development phase is designed to have Ocean Strand open to the public within six months of its start date. That date remains in flux as the District adheres to Governor Rick DeSantis' recommendations regarding COVID-19 precautions.

“Ocean Strand is a beautiful piece of land that the entire Boca Raton community deserves to enjoy,” Commissioner Steven Engel said. “Our job as Commissioners is to preserve such wonderful properties for generations to come. This declaration is a means of ensuring Ocean Strand's public use for future generations.”

Monday's meeting marked a first for the District. Commissions “appeared” at the meeting via the teleconferencing app Zoom as part of the District's first-ever public meeting conducted virtually. 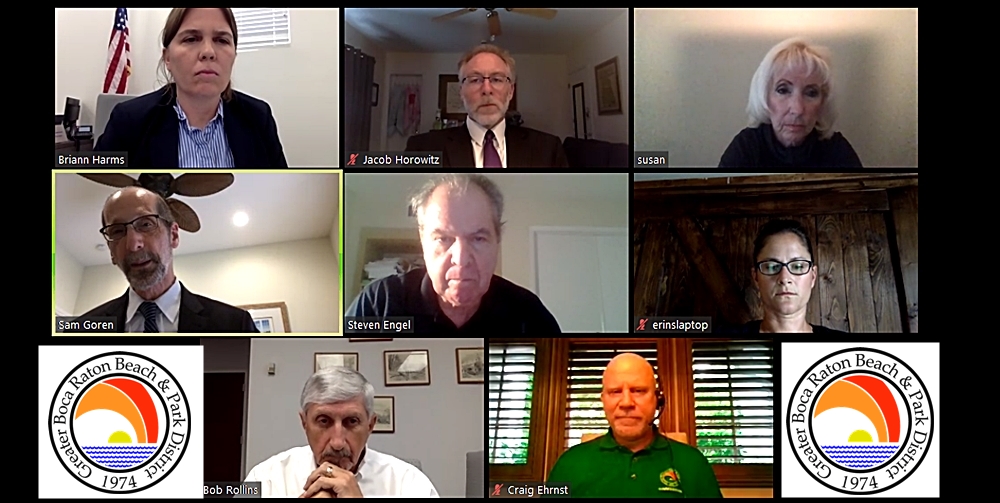