“It makes a whole lot more sense while we're mobilized in there to clean the park up and maintain the park properly,” Commissioner Bob Rollins said during the meeting. “I think it's smart for the community to open the park in a safe manner.”

During the beginning of Phase II, the District will clear Brazilian Pepper and Australian Pines – both classified as Category 1 invasive species - from the north and south park borders.

The removed invasive plants will be replaced with native trees and vegetation designed to form a natural buffer between the park and the bordering residential areas. A temporary irrigation system will also be installed.

With Maracore Builders already having removed invasive species from the central and waterline portions of the park, Commissioners voted to expedite the second phase of invasive removal while Maracore was still present on the site, allowing the District to save taxpayer dollars on work that would ultimately need to be done anyway.

“The removal of all invasives now will save taxpayers in the future,” Executive Director Briann Harms told Commissioners. “The growth of invasives is extraordinary. As the central portion of the hammock has been released from the grips of Brazilian Pepper we can begin to see the native species that will now have the opportunity to grow and create unique canopies over the pathways, and give residents a walk back in time to Florida’s natural state of being.”

Sometimes referred to as “Florida Holly” because of its bright red berries and green leaves, a takeover of Brazilian Pepper displaces food sources for native wildlife and infringes on reproductive  habitat. A relative of the poison ivy plant, Brazilian Pepper can cause a skin reaction among humans and a narcotic, even toxic, effect on some wildlife.

The District will work with the City of Boca Raton, whose parks department will ultimately manage Ocean Strand's day-to-day maintenance and operation via District funding, to ensure the invasive vegetation does not return.

District commissioners also approved adjusting part of the ADA-compliant walking path so that it runs closer to the northern end of the property, allowing the trail to avoid traversing a slope previously hidden by a Brazilian Pepper thicket.

That planned path, originally designed to be six feet wide, will now be widened to eight feet.

“I would rather go with the eight feet,” Commissioner Steve Engel said. “Let everybody have a bit of a comfort zone.”

In addition to natural walking trails, Ocean Strand Park will also feature picnic tables and a sandy beachfront along the Intracoastal Waterway.

Phases I and II focus on the 11 of 14 acres located west of A1A between Spanish River Blvd. and Palmetto Park Rd. Future phases will include the addition of parking, connectivity to the Atlantic Ocean side of the property and additional programming. 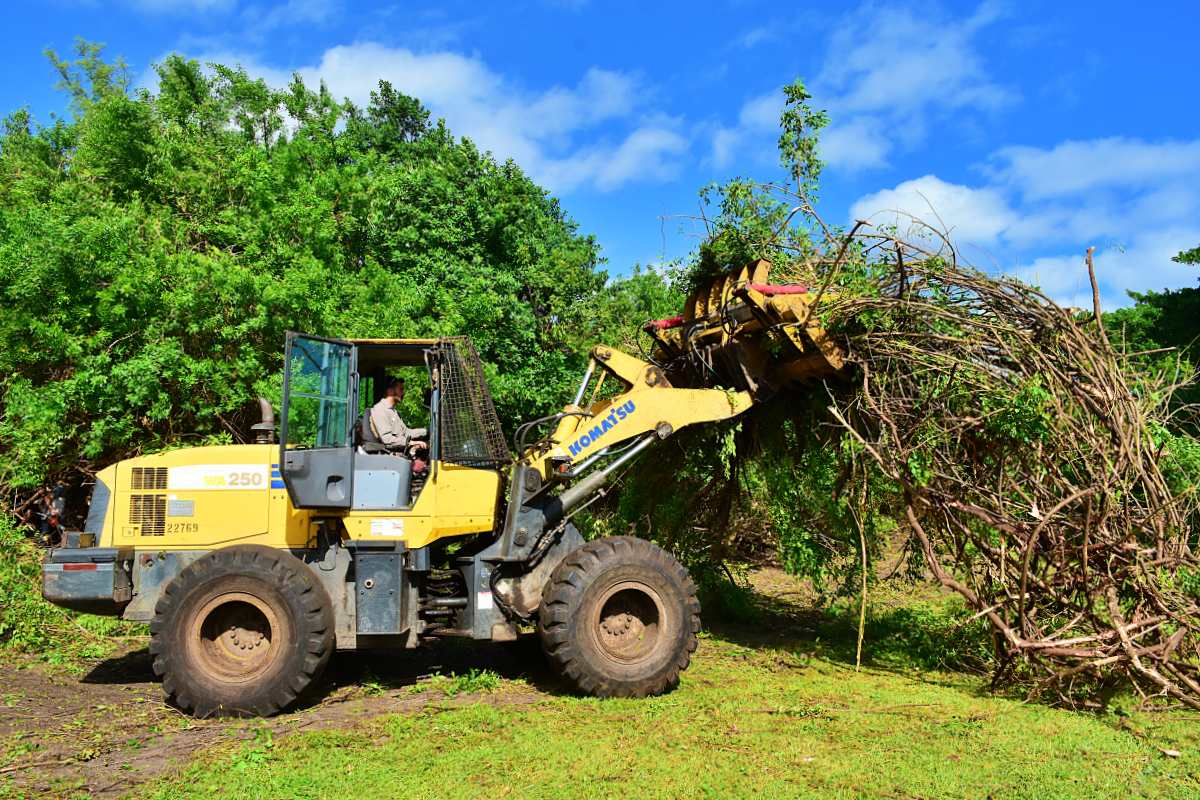