BOCA RATON – In a decision met with rousing applause, the Greater Boca Raton Beach and Parks District unanimously voted to move forward with the Boca National Golf Course project by sending the course design to the City of Boca Raton for approval.

“I really believe that we'll put together a golf course that everybody has been demanding the entire time,” commissioner Bob Rollins said before the vote. “Everything we've done since I've been on this commission has been first class. You look at Spanish River, you look at our Patch Reef project, Sugar Sand Park  - all of these are areas that people want to come to.”

The District's vote came in front of a standing-room only conference hall.

Invited to stand by Boca Raton resident Angelo Sands if their sole purpose of attending the meeting was to show their support for the District, nearly everyone in the room did - most applauding the District's efforts.

By voting to submit the Price/Fazio course design for City approval the District also elected to pass on the City's latest proposed Interlocal Agreement, choosing instead to continue operating under the original 2018 ILA. The District will request the City act on its approval request within 45 days.

Executive Director Briann Harms presented commissioners with five potential funding phases for Boca National. She is also sending those plans to the National Golf Foundation for its analysis as to which plan will raise revenue the quickest.

All of the plans for the roughly $14 million construction product produce a completed course by 2024, with elements opening to the public significantly sooner.

“It will take a little longer,” commissioner Craig Ehrnst said. “I'm hearing from both residents and golfers you are OK with that time frame.”

Under all five funding options, the District will finalize design plans, complete the necessary construction documents and issue a construction Request For Bid by September, the end of the current fiscal year.

Construction of the championship 18 hole golf course, the 11 hole short course and other facilities will take place over the ensuing three fiscal years.

In the final year of the plan the District will fund construction of a tunnel that will allow golf carts and maintenance vehicles to pass underneath Second Ave. without interfering with automobile traffic.

The timeline could be shortened if the City elects to contribute additional funds.

The City is currently in the final stages of the sale of the Boca Raton Municipal Golf Course, the lone regulation public golf course in greater Boca Raton. Adopting a plan that opens at least part of Boca National as quickly as possible limits the amount of time the community will lack a public facility.

The District and City will hold a joint meeting on Jan. 27. 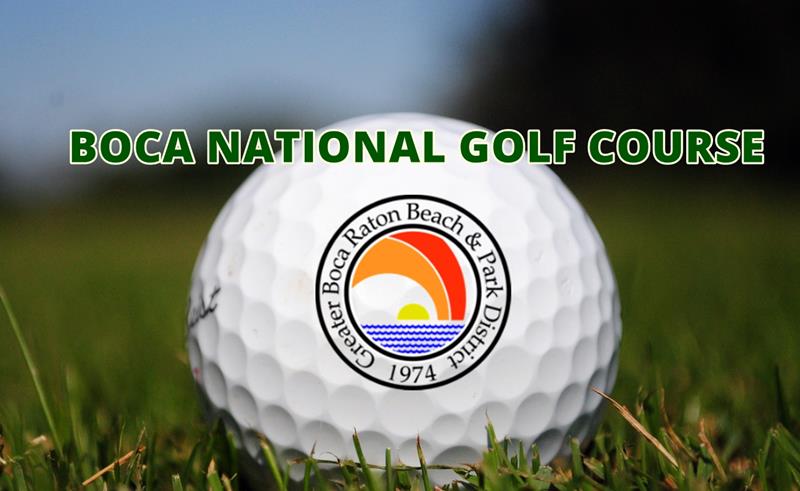